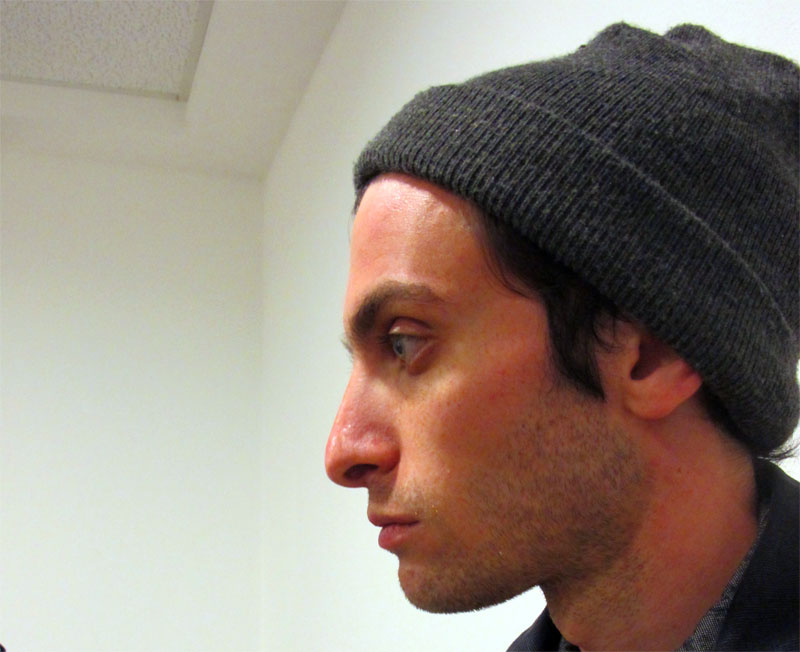 M.F.A. Candidate in Film + Video at CalArts
B.A. in Cinema Studies and Studio Art from Oberlin College with High Honors, 2009

Synopsis: Dictational Memory is a three act experiment in memory, forgetting, and making coffee. It begins as the documentation of an unscripted event, becomes a reenactment, and finishes as a dramatic adaptation.  In act one and two, the right video channel is uncut and the left is cut according to the narration of the speaker, and for act three, the participants in act two’s reenactment wrote theatrical treatments based on the memories of their experience, which were used as the basis for a script.

The video is an allegorical representation of the process of remembering history.  Aesthetic choices in the art making process stand in as metaphors for the moral decisions one makes
remembering and memorializing.  The video substitutes trauma with banality, and suggests that if memory can be so unreliable for a commonplace event, then how does it hold up to the pressure of an extraordinary event?

Function, Memory, Capital is an of value.  What is a thing without a name?

Without a name, what do you have left besides your associations?  Do associations that you
ascribe to this thing add up to that thing or do they form something  else? or maybe no thing at all?  Of course a  thing never exists in a vacuum, but always along the course of
experience, which unfolds before you and recedes behind you like a  highway.  Where are you going?