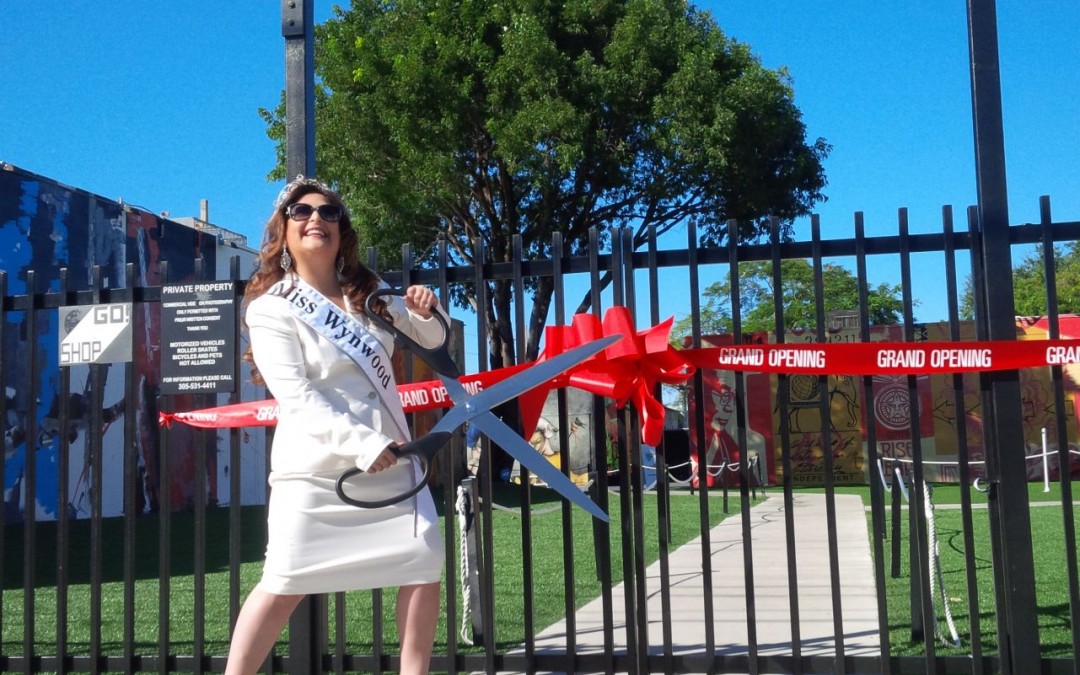 Miami, FL – December 4-6 of 2014  – A state-of-the-art, live performance experience by visual artist Nina Dotti is to happen around Wynwood, during Art Basel Miami week. Presented by The Chill Concept Museum, Dotti is to point out controversial public affair issues in Miami Dade County through a performance where she dresses and acts as a beauty queen who becomes a Major of the “Independent Republic of Wynwood”. The event will feature a fusion of performance art and storytelling. It is a parody of the former Venezuelan beauty queen who became a Major of a wealthy municipality of Caracas.

An art walk, costumes and a newspaper will be part of the performance. The audience will follow Miss Wynwood around town, starting at The Chill Concept Museum, located on 114 Northeast 20th Terrace, and going on 2nd NW from 20th St towards 36th St in Miami. Events dates are December 4th – 6th of 2014 at 8 pm.

Gay marriage in Florida, legalization of marijuana, parking tax for Wynwood galleries are some of the issues Miss Wynwood includes in her political “campaign”, rich with irony.

“Through installations, performances, video and photography I represent using irony and humor any issue of the XXI century society. Throughout them I articulate the complex dynamics of my intertwined feelings in connection with the traditional society”, says Dotti about her artwork.

Miss Wynwood Performance begins at The Chill Concept, located at 114 Northeast 20th Terrace, Miami, and will go on 2nd NW from 20th St to 36th St. December 4th to 6th at 8:00 pm