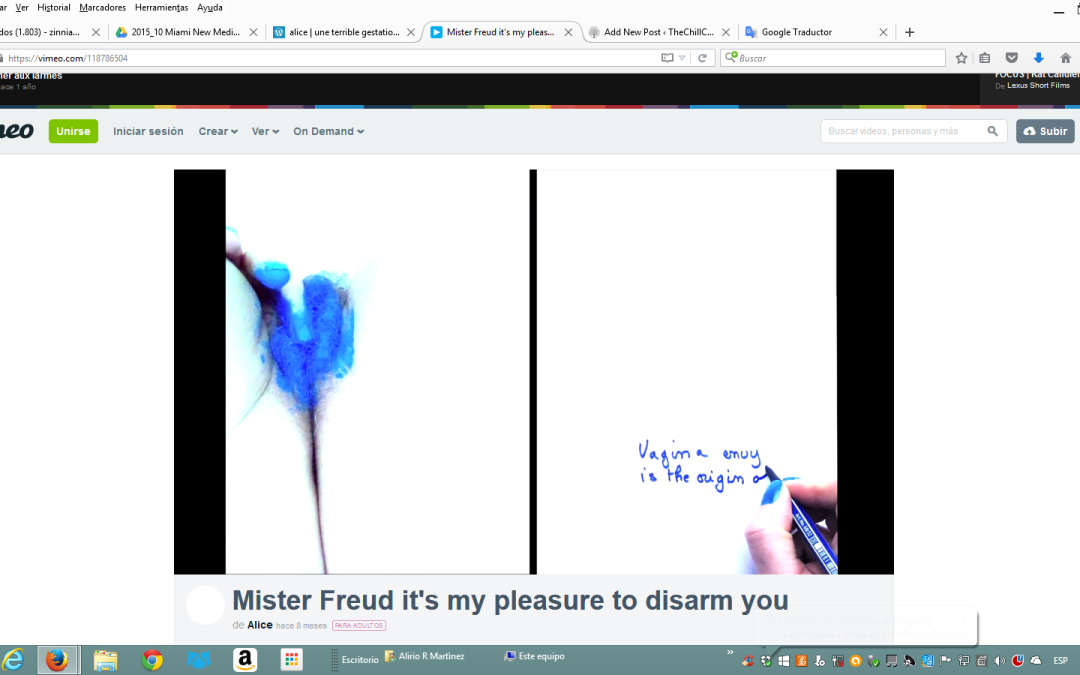 The invention of the Alice person inspired by the writings of Donna Haraway, Luce Irigaray and Marie-José Mondzain opened the veins of a digital speculum. Thus, this workshop has the ambition to deconstruct the images and written expressions of the opposite sex. Alice exists just to write. She opened her writing workshop, on Facebook, via fictitious profiles and pages ..

Mister Freud it’s my pleasure to disarm you, 2015,

“From small, from Goldorak and Candy, who passed following, I  have the passion to reverse just to see.”

“femininity is the whoring. The art of servility.”

Here are some excerpts from the conference on the femininity of  Freud, the prelude to my video : “the girl castration complex is also born at the sight of the genital organs of the opposite sex”
“the girl first considers his mutilation as an individual misfortune”
“she expresses, by a reaction against the pleasure the clitoris allows her to experience her dissatisfaction to have such a poor organ”
“modesty, virtue passes for specifically female and is, in reality, much more conventional one might think, had the original purpose, we believe, to conceal the defects of the genitalia”
“envy and jealousy play a more significant role in the spiritual life of the woman in the man’s”
“in them the ability to sublimate instincts still lower”
“If you think that by giving so much importance to the role in the formation of femininity, the lack of a penis, I am prey to a fixed idea, and so I stay disarmed”
On the influence of the writings of Luce Irigaray, my video reverse the theory of penis envy from the definition of envy given by  Melanie Klein when she writes: “The deterioration and devaluation are inherent in envy : a devalued object has no reason to be envied.

”
Frigidity creativity, thought by Freud as a consequence of penis  envy, is the result of vagina envy or the inhibition of a mental vagina, 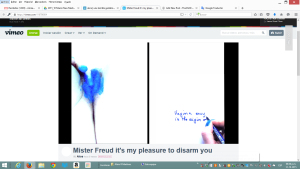