Halls of Power by CC Brown 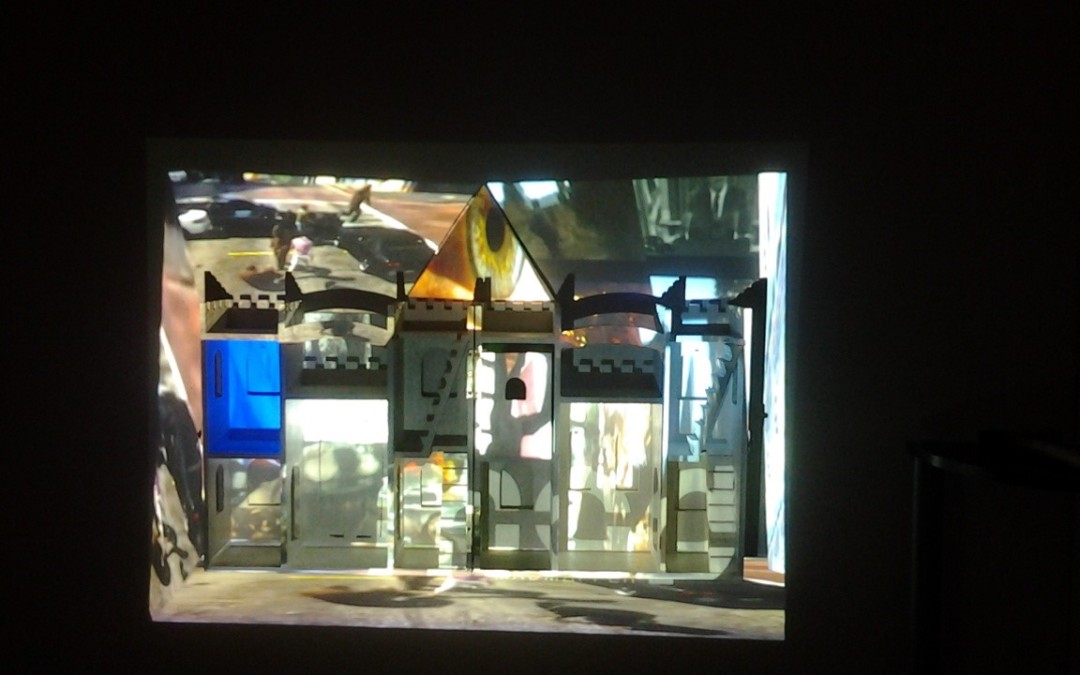 This piece explores the relationships that happen inside power structures. Halls of Power uses iconic media footage and random social media appropriation montage along with live in your face surveillance. The performative engagement of a Security officer that screens viewers develops a complex 3-D media interactive experience that probes the issues of privacy and civil rights

Venezuelan performance artist CC Brown (Carlos Cuellar Brown is a New York City time-based artist and essayist who has written on media art, social theory and metaphysics. His essays have been posted on Opendemocracy, The Global Dispatches, The Pelican Web, Kosmos Journal and Stardrive.org. He currently blogs for Fullinsight.com and writes for Second Sight Magazine out of the Netherlands. Recently A Journal of Performance and Art PAJ #106 published his essay “Intermedial Being”. In October of 2013, Carlos moderated a transnational performative Google hang out panel discussion on consciousness and art for Performa 13 from the Whitebox Gallery space. In January of 2014 he moderated an Art and Science panel in gallery Central Booking New York. Carlos has also curated 5 seasons (2007-2012) of a virtual performance art space: “HoeskteenExtras” streamed live via skype and youtube for De Hoeksteen live TV show Amsterdam. In October of 2014 Carlos curated a 5 Artist Media Collective part of the Miami New Media Festival at the Chill Concept. For this event a virtual performance through skype from Peru allowed Brown to interact with “Urna” a video installation that was part of this collective.