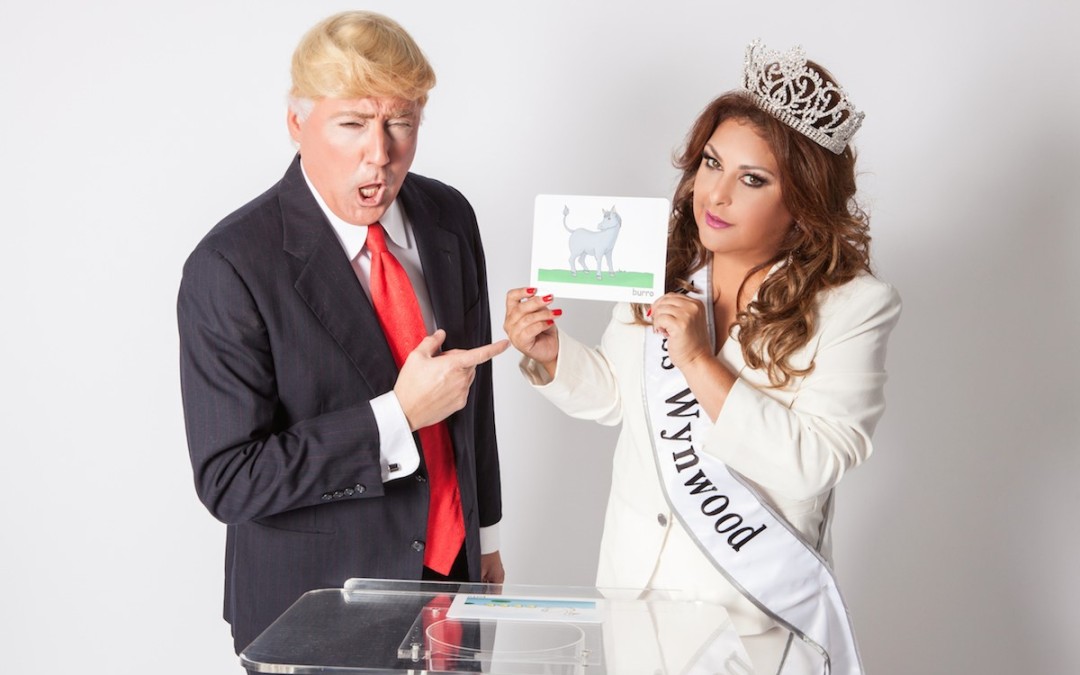 Miami, Fl.- In a unique live performance experience, visual artist Nina Dotti is to start a “presidential campaign” as Miss Wynwood, a beauty queen character who decides to run for president of the USA.

This storytelling experience is presented by Arts Connection and The Chill Concept Museum, and it is going to happen in Wynwood and South Miami, during Art Basel week.

“Miss Wynwood” will begin her presidential campaign with a motorcade open to the public this Wednesday December 2nd, 2015. She is going to start at her campaign office in Wynwood, located at 3212 NE 2nd Avenue, Miami. Her route will include the Convention Center in South Beach, Collins Avenue, port of Miami, and the Biscayne Boulevard.