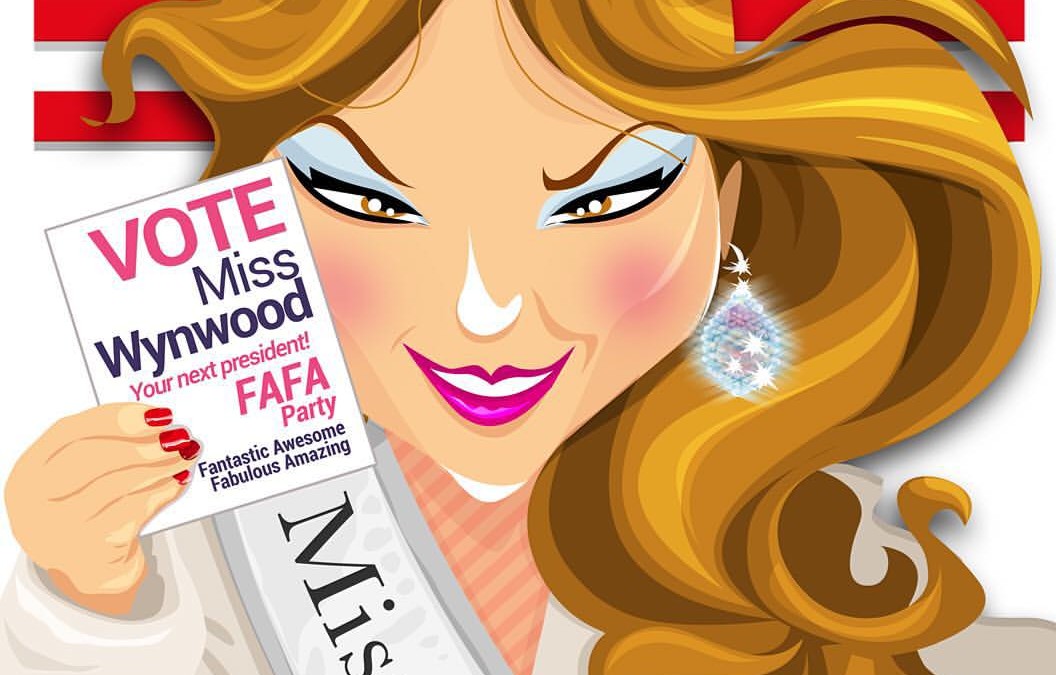 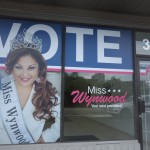 MIAMI, FL., November 9, 2015—-For Nina Dotti the longing to defend the American Dream will occupy her every moment beginning next week. She is preparing herself for Art Basel Miami Beach (ABMB) this December, to launch the most ambitious chapter to date in her ongoing role as “Miss Wynwood, ” a serial performance project Dotti initiated during Miami Art Week last year. 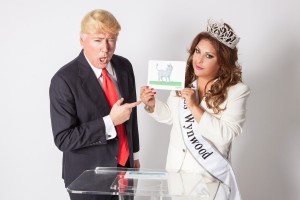 As part of her time in “elected office and conceptual government,” she created the “State of Wynwood” with its own seal and flag inspired by the fact that once upon a time Wynwood was a pineapple farm. But after watching Donald Trump launch himself as presidential candidate, “Miss Wynwood”, the beauty queen icon, founder of the Fantastic Awesome Fabulous and Amazing (FAFA) Party, Wynwood Arts District pioneer, publisher of The Wynwood Times and devoted LGBT community advocate, has tossed her tiara into the 2016 race for the White House.

On Friday 13th, from 5:00 to 10:00 pm Miss Wynwood is hosting a “Meet & Greet Happy Hour,” at her official campaign headquarters located at 3212 NE 2nd Avenue, where she will be serving visitors Barbie Doll-icious and Pink Pineapple Cocktails to celebrate her candidacy and is inviting the entire community to join in the free public event.

Miss Wynwood’s headquarters office will also house an ACCES Florida branch and will offer an HIV detection program for the Wynwood community among other public outreach initiatives her project has in the works.