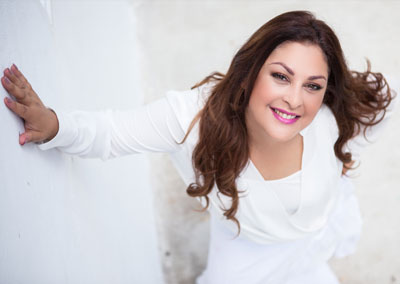 Nina Fuentes, a museologist and a plastic artist, is pretty much used to combining roles, team working and the development of alliances. As a promoter of various artistic projects, Nina admits that she enjoys exploring different ideas simultaneously and at full speed.

Nina started as a cultural promoter in 1966 with Arte Emergente Foundation in Venezuela. Then, she continued her career as a gallery owner, a collector, an art promoter and an artist (the latter with the pseudonym Nina Dotti).

Last July 25th, in a single ritual of dispossession, 100 women burned in a collective bonfire love memories that prevented them from moving on emotionally. This action was part of the display “Take the Load Off,” that Nina Dotti is about to open at Kiosko Gallery in Bolivia.

Her career as an art promoter is wide and diversified. Nina is currently running three organizations that she founded: The Chill Concept, pop-up museum, which brings contemporary culture and wellness; the Art Connections Foundation, which promotes arts trough artists’ residencies and workshops; as well as IAM Venezuela, an initiative that deals with documentation and preservation of the Venezuelan cultural heritage.

Nina explains that in all these scenarios she has always sought to project herself within a model of mixed management, combining government agencies and private initiatives. She argues that her great motivation and the engine of her work are based on her passion for the arts.

“It was wonderful to receive this recognition,” said Fuentes. “Many of those who made up the jury, such as Bélgica Rodríguez, Víctor Guédez, Lorena González, Carlos Medina and Edgar Sánchez have been, for the past 15 years, very familiar with my career, some of them as my teachers and mentors.

Tell us about your beginnings as an artists’ promoter

In 1996 I founded Arte Emergente Foundation in Venezuela and began to support contemporary artists in the production of their work to be displayed at exhibitions and events that took place in museums and cultural centers. There, I started a particular kind of exchange, sort of like a barter transaction, as a form of production. For example, if an artist, who was also a graphic designer, needed to display his or her work, he or she would receive funding for his or her display, but in exchange we would ask him or her to come up with the graphic design for the publication.

What kind of complexities have you faced while promoting Venezuelan artists abroad?

Financing is always a limitation for artists, and finding sponsors is quite a challenge. A great deal is achieved through the coordination of institutions and curators. I have realized that exchanging residencies is very positive in order to get the creation of pieces of work abroad while avoiding the implications of transfers and insurance. Sometimes, I myself have become like a courier, carrying around pieces of work. That is why, from the Arts Connection Foundation, we promote the completion of artists’ residencies.

You have mentioned your interest in working through a model of mixed management. How do you think you are going to promote it?

I am wishful that cooperation among public institutions, private companies and individuals who want the best for the arts and creation would work. This is feasible, not only in Venezuela, but also in Miami, where it would be interesting to see cooperation between Miami-Dade County and other private cultural centers.

For instance, through project IAM Venezuela, we would like to promote an alliance of Venezuelan museums and creative spaces, using the international guidelines of the International Council of Museums, ICOM, as parameters. The objective is to become an outsourcing body that would function to unite efforts and help articulating all parties interested in national heritage to conduct joint works for the preservation of our cultural heritage. I am quite confident that through this project the intention of working in a mixed cultural management would be reflected.

How do you combine the various roles that have brought you to the arts?

I have never considered myself a traditional curator, but rather a curator-producer, since I have always been involved with production, as well as searching for financial aid and looking for ways to solving problems. I have been a gallery owner, a collector-producer and an artist. I believe that nowadays those taboos, according to which one was not allowed to combine the roles of an artist, a collector, a curator and a gallery owner, no longer exist. Socially speaking, it was not well regarded that the same person would perform all the aforementioned roles. Such tendency has become more flexible and all those divisions of labour have faded away. I continue using my work as a means to express my artistic concerns. At this point, I feel myself quite confident of my work as an artist.

In a ranking, out of the various jobs that you perform, what position would you give to your work as an artist?

It is becoming more and more important. Nina Dotti’s work has always had a sense of protest. I began with the GLBT community in Venezuela in 2004. Among other works, I made a series about families from the year 2021 (families from the same sex). I also wrote some performances about the political situation in Venezuela. Right now, I am still working on women’s roles in my performances.

Next July 31st,  Nina will open the art show “Take the Load Off”  at Kiosko Gallery in Bolivia.