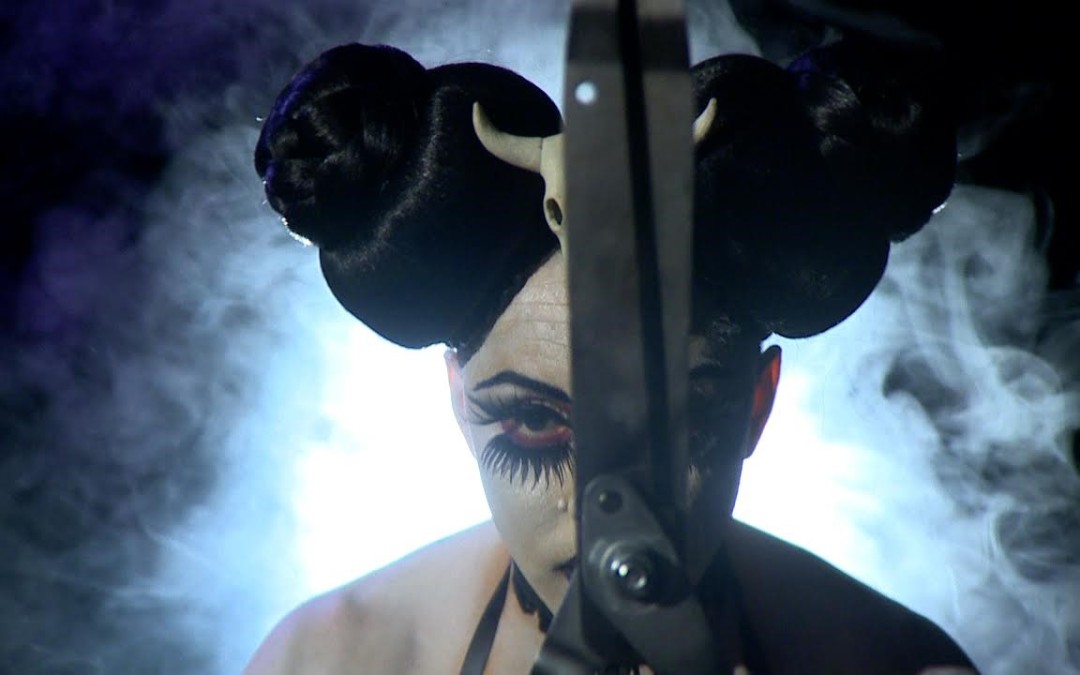 Trying to keep the honesty and integrity of the description of this art video is hard… delicate and imperative due to the personal experiences that triggered this performance.

“O” was born at a time where I was ready to eliminate from the root a condition I had for 27 years called “Trichotillomania” the urge to pull out one’s own hair one strand at a time. During that same period my younger brother was about to be released form a Florida prison after serving 10 years. As the years went by his mental state began to decline and there was nothing we could do to help him while the system gave him no psychological support. We had no choice but to just watch him get lost in the not-so-fun world of Schizophrenia.

Those two excruciating personal events where about to happen simultaneously… and “O” was born.

In “O” I embody my mother, my brother and myself.

A hermaphrodite princess is forced into a dark & evil imprisonment by her relentless raptor “O”. She is held hostage chained to an electric chair amongst rats who fornicate and bluntly mock her. As she awaits her fate and struggles to keep her dignity, the un compassionate and cynical tyrant teases the androgynous prisoner with giant shear scissors until ultimately stripping her head bald as a symbol of absolute control over her.

As the princes is given the kiss of death by “O” and chanted the curse of hell on earth, the princess herself gives birth to her unsettling state of mind which pulls her into eternal torment.

Born in Paris, France in 1972 and raised in El Salvador.