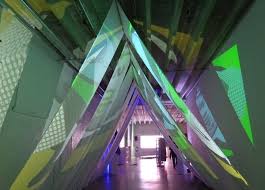 Application period: From now until August 15, 2015

The Miami New Media Festival (MNMF) has become established over the years as a public art project, which aims to promote video, film and performance among the wide audience and urban spaces of Miami.

At this time, Arts Connection (non-profit organization) is calling upon artists interested in taking part in the 9th edition of the Miami New Media Festival 2015 due to October 2015 at The Chill Concept (Wynwood).
For the first time ever, the MNMF is open for international submissions (Spanish, English and French Artworks) to be featured in the upcoming edition of the Festival. Each artist may submit up to three (03) artworks.
Through its various art activities including screening, video mapping, audio-visual performances, workshops, exhibitions and lectures, MNMF every year weaves video arts into urban life and interacts with the audience of Miami, enabling a new possibility of public art.

More on the Festival

In addition to exhibiting artworks and projects by shortlisted and guest artists during the four weekends of October 2015, the Miami New Media Festival offers artist residencies and a prize.

The Miami New Media Festival has its beginnings in Venezuela nearly a decade ago, when Nina Fuentes-at that time director of Fundación de Arte Emergente– sponsored a Festival of Video Art: “A crusade for video art in Venezuela.” When she moved to Miami, Fuentes brought the idea to her gallery Hardcore Art Contemporary where she launched a New Media Festival on 2006.
Visit thechillconcept.com website to learn more about the guidelines, the Festival and art pieces submission.