She uses different medium of expression: drawings, video, installation and sculpture. In her “drawings” on sheets of paper, Sard has “embroidered” stories giving body to plastic shapes that profane the bi-dimensionality of the support. An absolute monochromatism, white, which evokes silences and solitudes exploring themes of identity and confinement. Using a unique form of pointillism, Sard creates small and big works on paper, huge and small sculptures in different materials, from the fiberglass to the paper, consisting of thousands of pinholes resulting in intricate imagery that can be described as “pixilated embroidery”. With the on-going Fly Woman series, Amparo Sard started a reflection on the doubt and anguish produced by indecision. In the second series Sard talks to the implication of the error or “Mistake.” This work expresses the wrong decision, the confusion between cause and consequence, after the mistake, when the die is cast and the protagonist may not undo it. In the last series Impasse her countenance is covered with her hands that also form a kind of canoe. A canoe that follows the sea flux and even if “we would run away from it, we are prevented by the waves movement. From this inability starts the Impasse, a stalemate in which we create the astraction of ourself, generating a capsule that allow us to move away from the time”. Some mirrors set up in angle multiply the presence of the subject that wants to understand that infinite pleasure, but also the woman sits and lays down in between two mirrors or starts running away with them under her arms.

Recently some of the Amparo Sard’s works have been acquired by some of the most important Museums both in USA and Spain (MOMA and Guggenheim – New York; Casal Solleric – Palma de Mallorca, Museo de Arte Contemporanea de Murcia 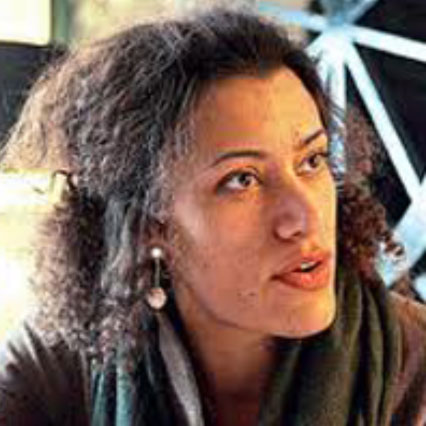