Venezuelan Performance Artist Carlos Cuellar Brown is a New York City time-based artist and essayist who has written on media art, social theory and metaphysics. His essays have been posted on stardrive.org, opendemocracy.net and theglobaldispatches.com. He is currently a columnist for Second Sight Magazine out of the Netherlands. Recently A Journal of Performance and Art PAJ #106 published his essay “Intermedial Being”. This past October of 2013, Carlos moderated a transnational performative Google hang out panel discussion on consciousness and art for Performa 13 from the WHITEBOX Gallery space.. This January he moderated a Art and Science panel in gallery CENTRAL BOOKING in New York. Carlos has also curated 5 seasons (2007-2012) of a virtual “performance art space” “HoeskteenExtras”, streamed live via skype and youtube for: De Hoeksteen live TV show, Amsterdam. 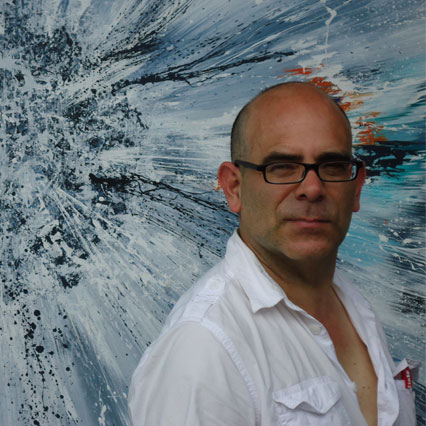