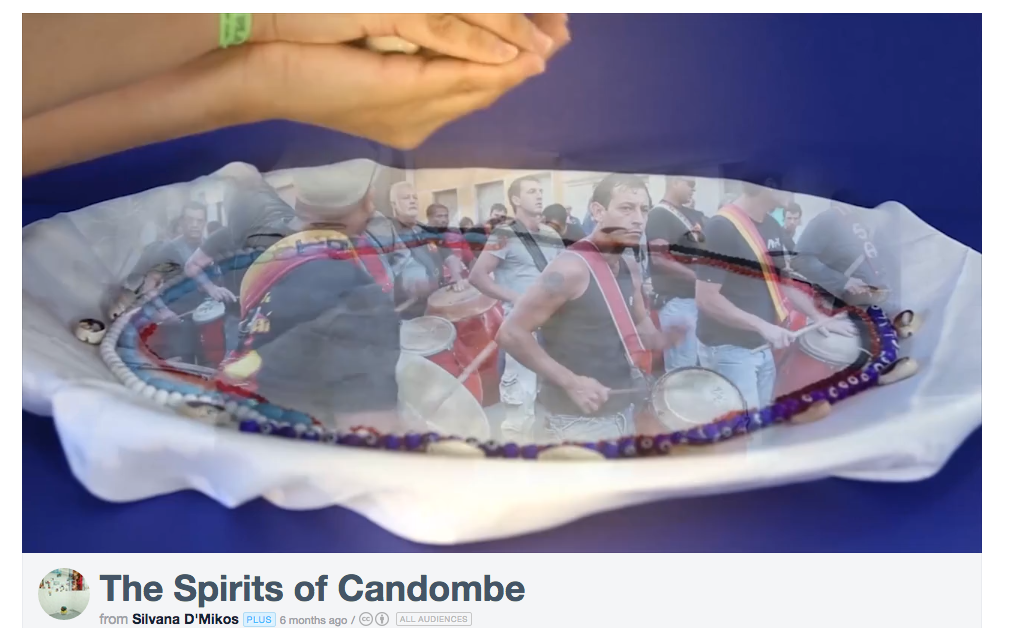 Silvana D’Mikos is a multimedia artist from Uruguay. Her work is characterized by the use of diverse medias such as installations, videos-sound installations, animations and sculptures. Medias, that she employs to depict what she describe as the reality beyond the visible reality. A world of imperceptible connections, which manifests in the core of our body, in the essence of nature, and in our social interactions

Work title> The spirits of Candombe

The spirits of Candombe is a sound video animation that mixes fantasy and realism.

Candombe had its roots in African religious music and was brought to Uruguay by slaves in colonial times. Some were runaways from Brazilian farms and others were brought directly to the country. They worked as servants in the city, and lived in community dwellings known as Conventillos.  They played music together, to substitute for more traditional religious practice, and from this music created the traditional Uraguayian Candombe.  But, over time the music lost its religious affiliation.

In Uruguay, Candombe is the most popular music in the Carnival parade, and played all year round at local gatherings and festivals, When Candombe is played in other South American countries like Brazil, it’s known as Candomble, and only heard at religious services and celebrations

The Spirits of Candombe video, forms a connection between music, fantasy and religion and shows us how similar music can have different recreates childhood memories of Carnival with my grandmother, and my love of Candombe dancers.  It also reflects my anthropological interest in African religions