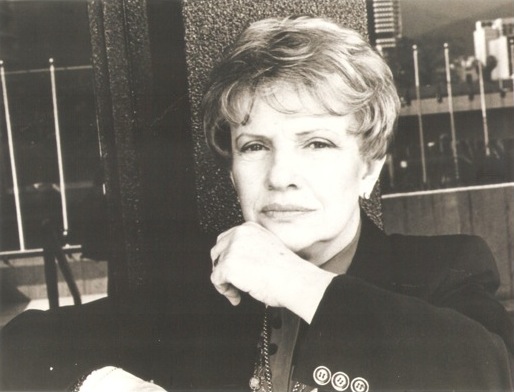 New York, NY – Nov. 19, 2014 – Sofia Imber, the founder of the Museum of Contemporary Art in Caracas in 1973, institution recognized during her leadership as one with the best art collection in Latin America, is to be awarded the Páez Medal of Art 2014, given by VAEA, The Venezuelan American Endowment for the Arts.

Fashion designer Carolina Herrera and special-projects editor at Vanity Fair magazine Reinaldo Herrera, will be the Gala Chairs. The event will include live performances of Venezuelan singers Ximena Borges and Manu Manzo; and music of Titina Penzini DJ.

The Páez Medal of Art is awarded once a year to an individual or group that has had contributed to the excellence, growth, support and proliferation of the arts in Venezuela and the United States of America. Previous recipients of this Medal are American theater artist Robert Wilson in 2013 and Venezuelan visual artist, Carlos Cruz Diez in 2012. Sofia Imber will be the first woman to receive this award.

Sofia Imber is one of the most important personalities in Venezuelan arts and journalism, a notable advocator for the arts throughout Latin America. She founded and directed for 31 years the Museum of Contemporary Art of Caracas, one of the most relevant museums of Latin America, recognized for both the quality of its programing as well as its superb collection, including works of Miró, Picasso and Botero, among other renowned artists. As a journalist, she conducted top rating TV shows “Buenos Días” and “Sólo con Sofía”, interviewing mainstream people.

The Venezuelan American Endowment for the Arts (VAEA), is a NY based 501(c)3 public charity, founded on June 13, 1990 with the mission of strengthening the ties of friendship between the United States of America and Venezuela through binational cultural and social programs.