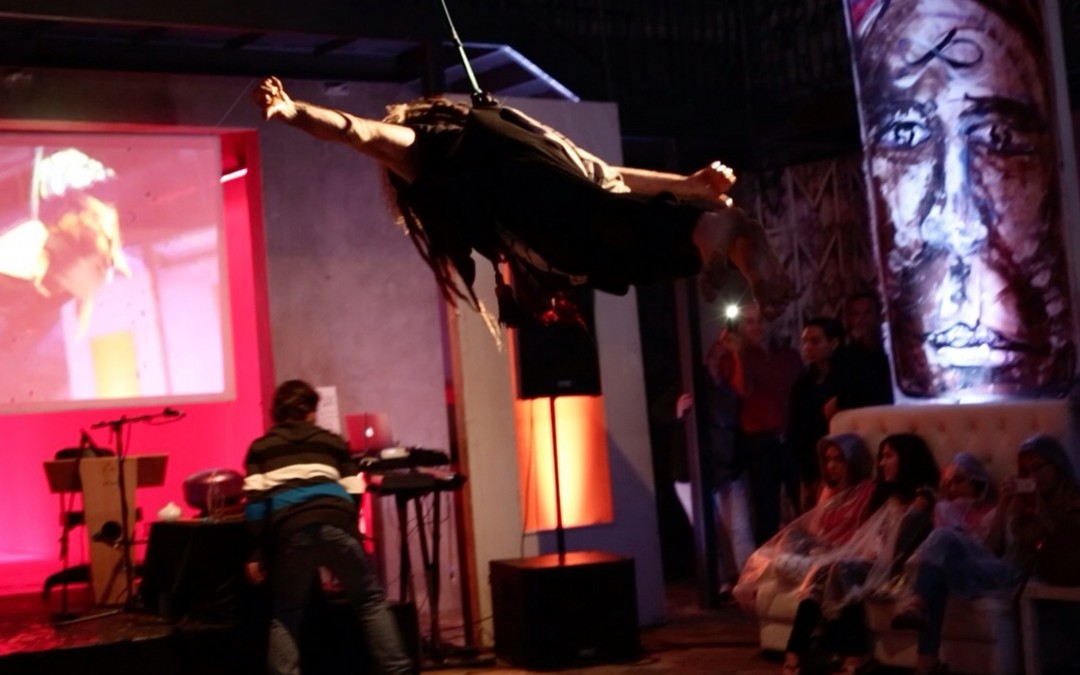 Each weekend in October (Thursday, Friday and Saturdays from 8:00PM to 10:00PM ) a different set of video performances and exhibitions will take place. On October 9th opening night of the festival there will be music, projections and a retrospective of past editions of Miami New Media Festival. (SEE PROGRAM)

The Miami New Media Festival has its beginnings in Venezuela nearly a decade ago, when Andreina Fuentes-at that time director of Fundación de Arte Emergente– sponsored a Festival of Video Art: “A crusade for video art in Venezuela.” When she moved to Miami, Fuentes brought the idea to her gallery Hardcore Art Contemporary where she launched a New Media Festival on 2006.

This year, The Chill Concept will have special guests for the New Media Festival: the “Environment Media Collective” a collaboration of five international new media artist’s that will feature: Raul Marroquin, Claudia Robles-Angel, Arnoldo Maal, Matthias Muller  and Carlos Cuellar Brown. This collective seeks to string together new media, social media and audience as they shape the continuum of mobile participatory actions in the artistic context.

“Societies and individuals are still in the process of understanding what to do with this new communicational environment. It is impossible to understand the cultural changes at hand without knowledge of the workings of this media.” commented Andreina Fuentes, Owner/ Founder of the Chill Concept and Curator for the show. “Artists are at the forefront of this expedition, charting novel territories probing around the media landscape” :“Instant communication as new media has insured that all factors and experiences co-exist interdependently and in a state of public display. The content of this communication is detrimental in the narrative of the world we want to live in.” explained Carlos Cuellar Brown media artist involved in the EMC.

The EMC will broadcast during 16th, 17th and 18th of October (from 7:00 to 10:00PM) a live Hang Out on Air (HOA) via Youtube. The HOA will be managed and administrated by Systems Engineer Juan Pablo Jimenez. The HOA will feature Artist Raul Marroquin and his desktop screen share broadcast with daily segments and guest appearances from the Director of the Museo de Arte Contemporaneo de Bogota Gustavo A. Ortiz, Psychoanalyst Eugenia Varela from Paris and Film Maker Christian Ortiz who will launch a drone to capture birds eye views of the MAC.

We will also have Instagram, Facebook and Twitter coverage and interaction of weeklong performances by Oraculo, a displaced deity from the future. This time traveler will shoot daily footage of street action camera throughout Wynwood.

The invitation isto attend this Environment Media Collective at the CHILL CONCEPT or connect to our Twitter and Facebook accounts where you will be able to contribute in this new cross platform media art environment.

“In this environment we all experience new media” 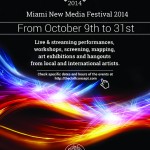 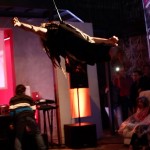 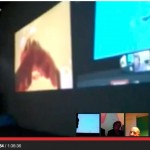 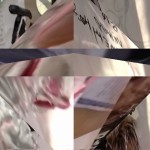 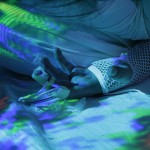 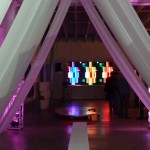 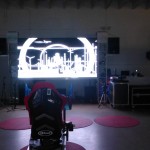